My only overall takeaway from the trailers that played during the 2021 Game Awards this week is that 2022 is when game developers are finally going to commit to the new generation of consoles. We got plenty of trailers of big blockbuster games that no longer support the PlayStation 4 and Xbox One. Covid restraints might not be holding their successors back as much as some initially thought.

In the year since the PlayStation 5 and Xbox Series consoles came out we’ve had almost no games exclusive to them (and PC) — I don’t know the exact number buy I feel like it’s less than 20. Most console generations historically have taken a year or so to really get off the ground, but usually things at least start out with a lot of token tech-demo games. PS5 and Series X have had virtually none of those.

Their predecessors started out with games like Killzone Shadow Fall or Ryse: Son of Rome which nobody cares about today but back in 2013 firmly established the “next-gen” leap on launch day. Fast forward seven years and pretty much everything on PS5 and Xbox Series supports the older consoles except maybe Ratchet & Clank, Deathloop, Microsoft Flight Simulator, and I think that Astrobot game?

It is indeed likely COVID constraining both development schedules and the supply chain that supports console manufacturing, but something tells me the pure increase in development costs has more to do with it. Maybe I just need to look at how fast the new consoles are selling compared to where the previous ones were at this point.

The thing is, this console generation transition may still generally be on track with the last one. Most of these trailers for current-gen-only games like Suicide Squad: Kill the Justice League, Arc Raiders, the Plague Tale sequel, or Forspoken, promised 2022 launch dates. Plus we’re starting to get details on S.T.A.L.K.E.R. 2 which is set for April. I think that about lines up with when the PS4 and Xbox One started getting their first real hits in the middle of 2015 like The Witcher 3 and Bloodborne. Maybe we might get fewer of those games overall because of costs and COVID, but is that really so bad when we have so much right now (or at least I do)?

Honestly though, the one trailer that got the biggest reaction out of me through the entire Game Awards was what I think was the first one — that Expanse game Telltale is making. I haven’t finished a single Telltale game since the first Walking Dead season probably around a decade ago, but I watched five seasons of The Expanse and read six of the books this year. I’m more into it than any franchise Telltale has ever picked for its games, and this one is apparently starring the show’s coolest character.

Other than that, I think Arc Raiders looks really neat. It looks like another online loot game, but visually something about it stands out for me. I actually haven’t gotten into any recent loot games at all, I’ve only kinda glanced at Destiny, Phantasy Star Online 2, Path of Exile, Monster Hunter, and Warframe. I don’t actually have anything against those games, I just never got around to them. It’d be odd if Arc ended up being “the one.”

That Matrix “experience” looks like exactly the kind of tech demo I would’ve expected to come out around when the new consoles launched. It reminds me of when people were comparing Rogue Squadron II‘s graphics on the GameCube to the CG in the Special Edition of Star Wars A New Hope.

You know what looks cool though? CrossfireX. It looks to be just a regular military shooter, but honestly, when’s the last time you’ve seen a regular single-player military shooter campaign that wasn’t Call of Duty or a Ubisoft game, or isn’t open-world? I feel like they used to be a lot more common before maybe the PS4 era, and I’m just kinda interested in what Remedy might do with one. Maybe they just did a good job with the trailer.

Maybe it and Elden Ring in February are gonna be the last major cross-generation games I buy. Probably not, but it does feel like a page is being turned. 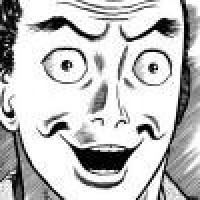 Home of @neosoulgod - your chocolate demiboi streamer, DM, and commentator

An Earnestly Peripatetic Journal on the Subject of Videogames