Ongoing Hopes For No Man’s Sky

The latest “Beyond” update for No Man’s Sky is a monumental achievement considering the game’s circumstances. Even though it has made huge strides since it launched in 2016, there are still little and big things I’ve sort of hoped to see in the game.

Last year’s “NEXT” update, as significant as it was, honestly pushed NMS in a direction that wasn’t my ideal, but I can’t deny it made for a much better game for a lot of people, as it at least felt more balanced and well-thought-out. At this point it’s impossible to know how long Hello Games plans to keep working on NMS — the updates it has done so far are honestly well above and beyond what anyone expected. If they do keep going though, this is sort of my personal wishlist for new features. END_OF_DOCUMENT_TOKEN_TO_BE_REPLACED

Rockstar Makes Amazing Worlds, But Do The Games Inside Live Up To Them? (Late to the Party: Grand Theft Auto V) 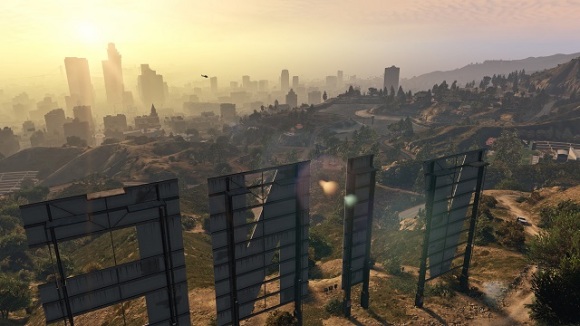 As of this writing my save file says I’m maybe halfway through the main story in Grand Theft Auto V but I’ve decided to go ahead and make this week’s post about it and my other recent experiences with Rockstar games since Red Dead Redemption 2 is about to drop. From those experiences and the reviews of RDR2 going out right now I’ve figured out that Rockstar’s main strong suit has been its lovingly-crafted virtual landscapes, I just don’t know about everything else in these games.

I only owned a GameCube when Grand Theft Auto III, Grand Theft Auto Vice City, and Grand Theft Auto San Andreas came out so I was pretty late to the franchise and Rockstar games in general. I understood they popularized sandbox games but that was about all I understood of their appeal. When I finally tried San Andreas around 2006 or something I marveled at the setting and characters but found the controls unbearable, as  I wrote when I came back to finish the game last year. I’m having a much easier time enjoying GTAV because its controls are more serviceable, but I can’t help but compare its mission design to other similar games. END_OF_DOCUMENT_TOKEN_TO_BE_REPLACED

Late To The Party: Grand Theft Auto San Andreas, And Why GTA Online Took Over

I’m coming up towards the end of Grand Theft Auto: San Andreas now but I’m going to go ahead and write this LTTP blog about it because I don’t know if I’m going to finish the game.

I have made blog posts in the past about my struggles with GTA games, but I wanted to take one last crack at San Andreas before actually starting the copy of Grand Theft Auto V I bought years ago. I ran into some of the same problems as before and overall I don’t think San Andreas stands the test of time, but from it I also learned some important things about sandbox games which may point to why GTA is so beloved, why Grand Theft Auto Online has taken over its destiny, and what’s wrong with other sandbox games. END_OF_DOCUMENT_TOKEN_TO_BE_REPLACED

Apparently last week Le Monde published an interview where Ubisoft outlined how it might be changing how it designs its open-world games in the future. The article is in French but NeoGAF moderator Stumpokapow translated it and offered some main bullet points.

The overall jist seems to be that Ubisoft wants to make its future open-world games even less linear and offer players more freedom, with less focus on the scripted story segments that have run through games like Assassin’s Creed II or Far Cry 3. Personally, I think this is what Ubisoft should have always been doing. If you look back at some previous posts of mine you might see that I’ve had issues with how Ubisoft does open-world games. Many may disagree with me. END_OF_DOCUMENT_TOKEN_TO_BE_REPLACED 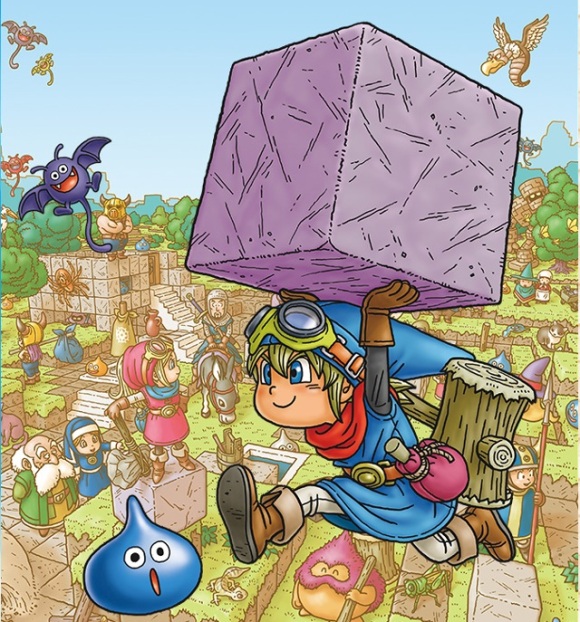 I am one of those people who still hasn’t played Minecraft. When I realized Dragon Quest Builders was getting a demo for PS4 I saw this as a chance to see what one of these survival crafting games was all about. Plus this is supposed to be a somewhat unique take on the genre from a Japanese developer. END_OF_DOCUMENT_TOKEN_TO_BE_REPLACED

Is Open-World Fatigue Even Real? 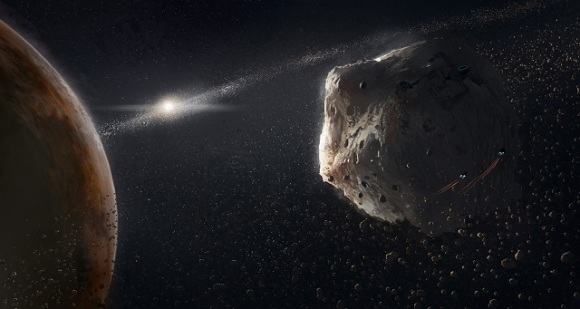 After coming off all these massive open-world games from 2015 like Fallout 4, Metal Gear Solid V: The Phantom Pain, and The Witcher 3: Wild Hunt, part of me thought I’d spend the beginning of 2016 taking a breather with smaller, more focused games. I was wrong. Open-world fatigue seems to be spreading among people who play all the big games, but I don’t really feel tired of them yet as I start the first Witcher 3 expansion, continue on through Elite: Dangerous, and prepare to start Grand Theft Auto V. With Elite specifically I don’t think I’ve gone over what separates the latest entry from other open-world games (a lot). END_OF_DOCUMENT_TOKEN_TO_BE_REPLACED

ArmA III And The Future of Open World Scale

After playing enough of ArmA III to actually enter its main phase, the one thing that is consistently impressive about the game is the variance in scale of its open world. Like its predecessor it takes a different approach to scale from most sandbox games which I hope is indicative of all the open world games the new consoles seem to be getting.

Every developer that tries to make an open-ended world in a video game, especially one that’s supposed to represent landscapes of plains, mountains, and cities, has run into the problem of scale, each one making its own compromises. Classic RPGs have you run across a map as a miniature character and visit cities with less than 10 characters and half as many buildings. Games with world sizes closer to reality have 90 percent of their doors locked. More recent games still have their worlds significantly scaled down from reality (the land of Skyrim would be much bigger than 16 square miles in real life). Other games choose to render a smaller area in higher detail. It’s like a push and pull. ArmA III’s main map has convinced me that hardware advances are beginning to loosen that push and pull.

The island of Altis is massive, feels realistic in scale, and is potentially capable of surprising density and interactivity for its size. Officially Altis is around 270 square kilometers (104 square miles) — about 75% the area of the real Greek island it’s based on. Some measurements pit it at maybe twice the size of Grand Theft Auto V. Yet, you can enter 100 percent of Altis’ buildings and open around 99 percent of its doors. ArmA III’s gameplay in this world ranges wildly in scale between indoor corridors and battles seamlessly ranging across mountains and cities. It’s the only game I’ve played where I can look at distant mountains and towns that in other games would be background images or at best simple set-dressing and say “I can go there, and I can go inside all those buildings without seeing any loading screens.” Even the fields, hills, and all the wilderness between towns looks like it’s scaled either 1:1 or closer to 1:1 than most open world games. If ArmA III makes any compromise, it’s that its world is nearly barren of civilians — it feels like a vast ruin.

A lot of the PS4 and Xbox One games we sat at E3 were open world, and I hope ArmA III is a preview of what modern hardware can do to reconcile scale versus density. The Batman: Arkham Knight demo was particularly impressive for its sense of scale. Witcher 3 developer CDProjekt RED likes to talk about how you’ll be able to explore everything you see in the distance in its cityscape screenshots. Even Zelda director Eiji Aonuma said basically the same thing about his game. John Davison on his F!rst for Gamers podcast claims he saw AI characters go about real daily routines and ships follow shipping routes in real time in a Witcher 3 demo. Ubisoft claims that Assassin’s Creed Unity’s world will be 1:1 or nearly 1:1 scale and that around a quarter of its buildings will be fully explorable.

Another reason some developers don’t create extremely huge worlds though is to tighten the pace of a game. The first two Elder Scrolls games — Arena and Daggerfall, still have some of the largest worlds ever created in video games despite having been made almost 20 years ago. Daggerfall’s size is comparable to the real Great Britain I believe. But I hear in that game it literally takes hours to get from one town to the next. The developers of the upcoming Kingdom Come: Deliverance discussed this problem in a blog post — Warhorse studios wants their world to feel realistically big, yet intricate, but not boring. I think they settled on creating a realistically-scaled three square kilometer map. ArmA doesn’t care, mostly because it’s a simulator going for realism over entertainment. It’s not afraid to make you spend 30 minutes getting from one place to the next. It’s only concession is a time acceleration feature.

One thing that probably governs the size of a lot of open worlds is the player’s main mode of transportation. Skyrim needs to be small because you’re on foot most of the time. Grand Theft Auto needs to be larger because the word “Auto” is in the title. Some of the biggest worlds in games are actually in open world racing games because you spend all your time driving upwards of 100 miles per hour (but those games don’t have on-foot exploration). One reason ArmA needs to be big is to accommodate aircraft. Scale-wise could probably think of the game as an air combat simulator where you can also walk on the ground.

No Man’s Sky seems like the logical conclusion to all this: starting out walking on the ground and ending up flying a space ship all over the galaxy without any break in player control. That game is pretty much trying to be the ultimate realization of video game scale many of us have probably been dreaming about for decades.

There is something a little unusual going on here...